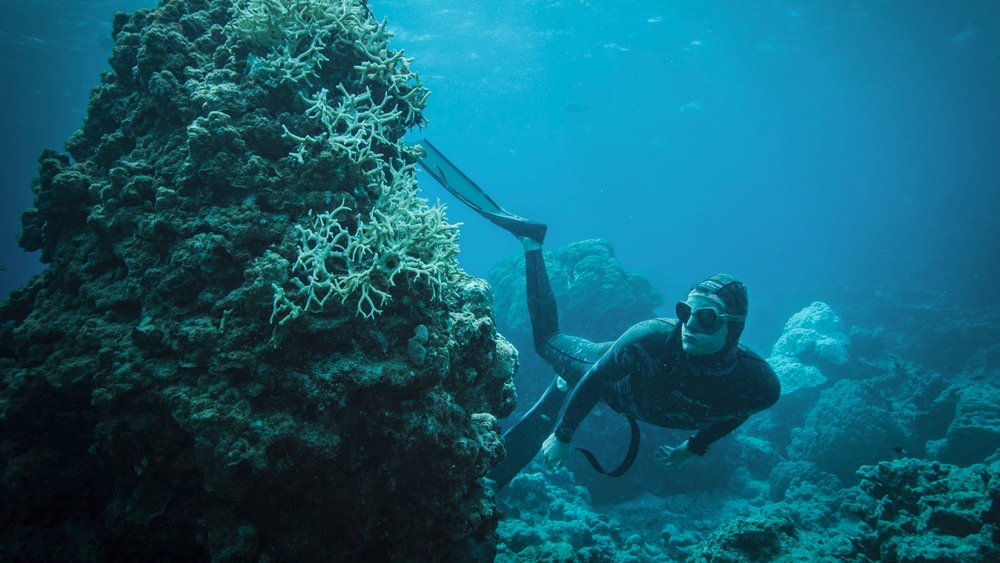 Half of all marine life has been lost in the last 40 years. By 2050 there will be more plastic in the sea than fish. The way the ocean operates is different to how we thought of it 100 years ago. We can no longer think of it as a place of limitless resources, a dumping ground, immune to change or decline.

BLUE takes us on a fascinating journey into the ocean realm, witnessing a critical moment in time when the marine world is on a precipice. Featuring passionate advocates for ocean preservation, BLUE shows us their world where the story of our changing ocean is unfolding. We meet those who are defending habitats, campaigning for smarter fishing, combating marine pollution and fighting for the protection of keystone species. Karina Holden’s stunning new film comes at a time when we are making critical decisions that will decide the legacy we leave for generations to come. BLUE shows that there is a way forward and the time to act is now.

“Blue is a cinematic song for our oceans; beautiful, intimate and grand. Fearlessly truthtelling, yet passionately hopeful. See this film and you will want to rise up with the waves.” – David Ritter

„…beautifully-shot, breathtaking cinematography…an insightful and sobering film that will leave you with plenty to ponder by its end.“ – Switch

“We need many things to make the world a better place. But nothing else will matter if we fail to protect the ocean. Our fate and the ocean’s are one.” – Sylvia Earle