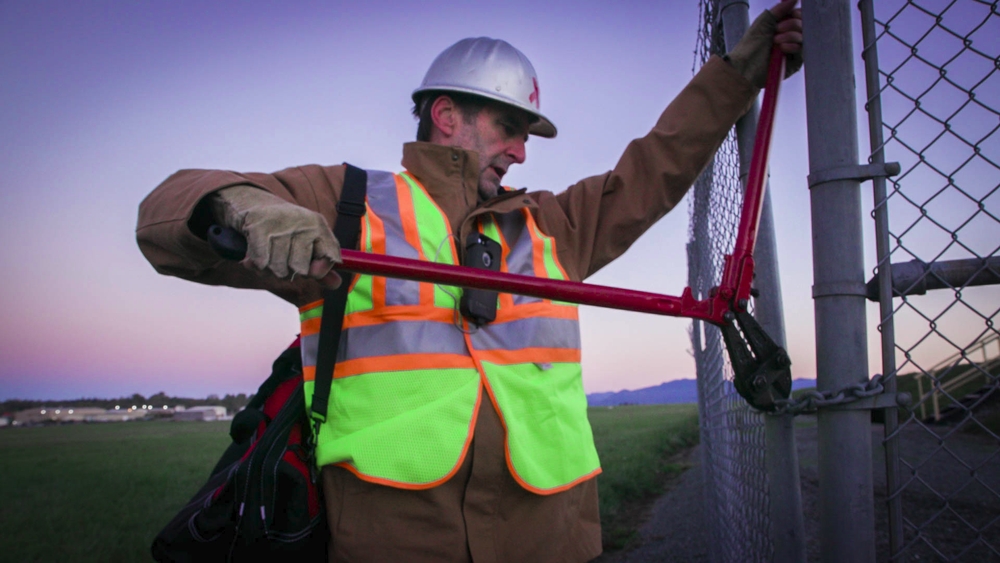 FILMGESPRÄCH
with the film's subject Ken Ward (via videostream)

The Reluctant Radical follows activist Ken Ward as he confronts his fears and puts himself in the direct path of the fossil fuel industry to combat climate change. Ken breaks the law as a last resort, to fulfill what he sees as his personal obligation to future generations. After twenty years leading environmental organizations, Ken became increasingly alarmed by both the scientific evidence of climate change and the repercussions for civilization as we know it. Ken pushed for a crisis level response from inside environmental organizations. Those efforts failed, and he now embraces direct action civil disobedience as the most effective political tool to deal with catastrophic circumstances.

Lindsey Grayzel’s captivating new film follows Ken’s endeavors for a year and a half, culminating with his participation in the coordinated action that shut down all US oil sands pipelines (carrying 15 percent of daily US crude oil imports) on October 11, 2016. The Reluctant Radical reveals both the personal costs and also the fulfillment that comes from following one’s moral calling – even if that means breaking the law. Ken Ward has no regrets, and his certainty leaves the audience to consider if he is out of touch with reality, or if it is the rest of society that is delusional for not acting when faced with the unsettling evidence that we are collectively destroying our world.

„There are many fronts in the vast climate fight; this film highlights the personal struggles and victories of one daring path.“ – Bill McKibben, 350.org

“Nothing, not a broken oar or a padlocked chain or a 9,000-ton Finnish icebreaker, can stop Ken Ward from trying to protect his son, and the world.” – The Missoula Independent

“His actions spur a conversation that’s more necessary, and more urgent, than ever.“ – The Portland Mercury