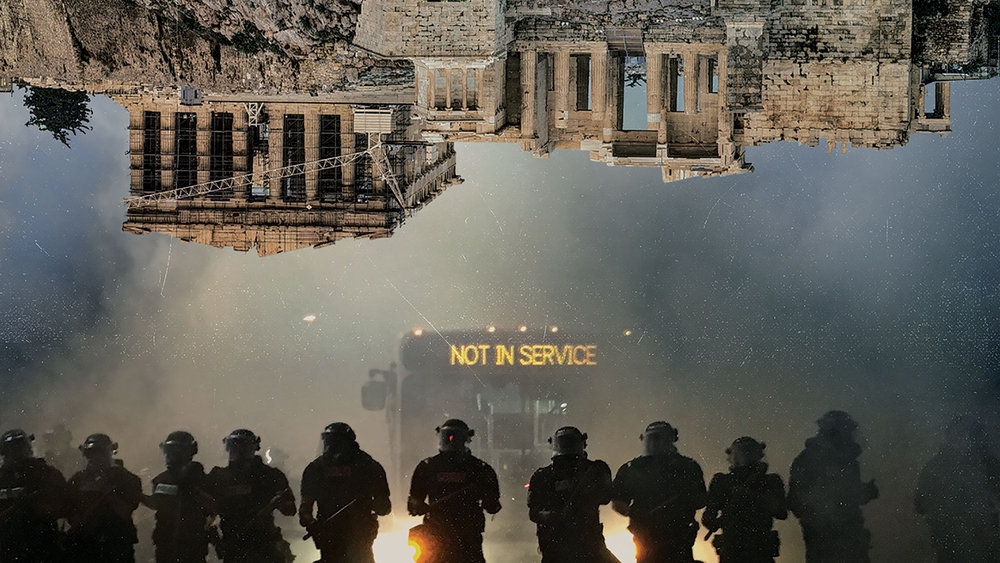 Coming at a moment of profound political and social crisis, What Is Democracy? reflects on a word we too often take for granted. Director Astra Taylor’s philosophical journey spans millennia and continents: from ancient Athens’ groundbreaking experiment in self-government to capitalism’s roots in medieval Italy; from modern-day Greece grappling with financial collapse and a mounting refugee crisis to the United States reckoning with its racist past and the growing gap between rich and poor.

Featuring a diverse cast – including celebrated thinkers Angela Davis, Silvia Federici, Wendy Brown and Cornell West as well as trauma surgeons, activists, factory workers, asylum seekers, and former prime ministers – this urgent film connects the past and the present, the emotional and the intellectual, the personal and the political, in order to provoke and inspire.

„A great watch… a sharp reminder to pay attention to politics and to remember that the personal and the local are political.“ – Charlie Phillips, The Guardian

„Taylor has described herself as “a server of steamed broccoli cinema”, and I had doubts whether my social media-warped attention span would endure one hour and forty-seven minutes of on-screen philosophizing. But the film is really more like balsamic-glazed Brussels sprouts: healthy brain food, but complex, enjoyable.“ – Rebecca Stoner, The Outline